No One Cares About Your “Experience”

Last week, Martha P. Nochimson of Vox.com published a 5,000-word feature about The Sopranos. It’s a fantastic piece of writing with an interesting, somewhat visual layout. Even Nilay Patel of The Verge remarked:

It’s everything a feature on the internet should be: thoughtful, concise, exclusive, and interactive.

A positive reception from others in your field is an accomplishment in and of itself. We’ve all enjoyed reveling in a moment of affirming nods from people we respect while talking about recent work.

On top of that, the piece has all the components commonly used to get readers and have them read to end: an interesting topic, an exclusive insight, a leading question as a title, immersive design, great writing, and general obfuscation of the answer to the title.

Readers have come to find the answer, and they will get more than they could even imagine! They will experience anticipation, tension, and, finally, grand resolution! All in one excellent piece of writing.

I can almost imagine the palpable feeling of accomplishment the writer probably had as the article was published. How often can all those pieces come together so well?

No. RT @voxdotcom: Did Tony die at the end of The Sopranos? David Chase finally reveals the answer 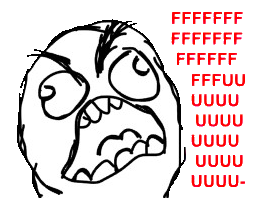 Oh. So, you could choose to immerse yourself in that experience, or you could just get the answer first and then decide if the article’s worth your time?

But that’s not fair! How is anyone supposed to get readership? And, anyway, isn’t @SavedYouAClick supposed to be fighting clickbait like Upworthy?

Nilay went on to say in that same article on The Verge:

It is b******* because he didn’t save anyone a click at all — he stole an experience. That story is great. It is absolutely worth the click. Arguing that it’s not because the headline is phrased in the form of a question is reductive to the point of absurdity, just like arguing against lists or quizzes or gifs or any specific form of art is absurd. Rock music. Horror movies. A generation raised on rebellion has grown up to instead police the web pages of the larger internet from the wide-ranging terrorism of mild curiosity. We are all of us the Tipper Gore of clickbait headlines. Parental advisory: viral content.

And there’s the trap: “That story is great. It is absolutely worth the click.”

You ought to do as we intended because we know best.

Believe me, I hear this logic. Most of the world listens to horrendous music that offends my sensibilities on every possible level. People ought to listen to music written by artists, not entertainers.

But no one cares.

The world doesn’t care like you do about certain things. They don’t see the complexities and the beauty and the effort. The world isn’t like your perspective informs you that it ought to be.

A reality check is in order. This is exactly why I’ve been giving a talk for two years now about why (not if) people care about your content the way you do. They don’t.

You have to detach—at least, if you have goals for you content outside of simply writing for yourself. Once you have that moment of detached clarity, it makes sense, and informs your strategy.

After giving a presentation in Charleston this year, one gentlemen came right up to me and expressed that it had never occurred to him before that no one has the context to appreciate what he’s trying to do. And, so, instead of lamenting that and expecting it to change, he would take a new approach, understanding that it was his job to explain it to people who otherwise do not care.

That’s the hard truth. That’s why I preach frameworks and strategies over best practices and tactics. The latter shift, whereas the former shouldn’t.

If you don’t understand that, you put yourself at risk. Take it from the man behind @SavedYouAClick: